Blogging Towards the 2nd Sunday of Advent, December 9, 2012 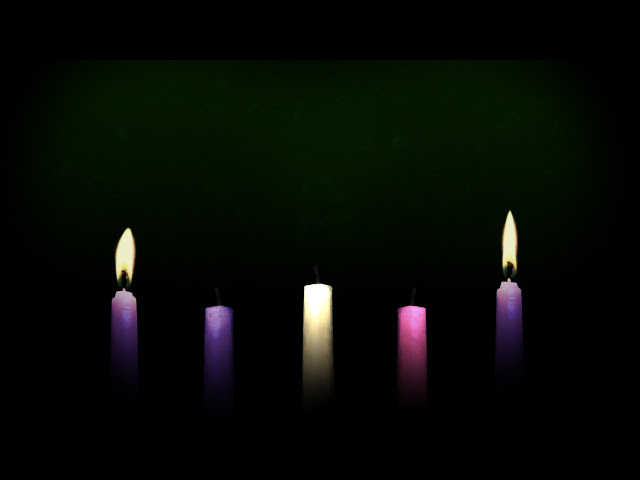 Advent is both terrible and hopeful.  It’s terrible because it’s about a hopeful word, a newness about life – which promises to overthrow all our old, comfortable, sinful ways.  And it’s hopeful for the very same reason.  We know the shape of Advent, and yet we don’t know it.  We may know the stories of the prophets, the Exile, the Exodus and the birth of the Messiah – but we often struggle to see that this “old” God is also breaking in upon human life in awesomely new ways still today – even here in 2012!  Who would ever have looked for God to enter the world through a baby born to poor parents in a dry desert land dominated by the Romans and overshadowed by the wealth of Egypt?

The passage from Malachi: preparation, anticipation, apprehension
We count the days until Christmas.  Our family always has an advent calendar to mark the arrival of the anticipated day.  Yet maybe we should be a bit more apprehensive, not because we won’t get what we’ll ask for, but because maybe we don’t take it seriously enough.  Malachi talks of the messenger to come, to prepare the way – not just for a party  - but for a transformation of the universe, of the world being turned upside down – of what’s wrong being made right, what’s crooked being straightened, what’s broken made whole.  We don’t know much about the historical context of Malachi’s day.  The text begins on a note of great good news which involves the lift of the community of faith.  Curiously though this messenger bring good news of judgment.  Not exactly what we’d expect or anticipate.  Malachi reminds us that Advent isn’t just the waiting for the cute baby in the manger, but for God to put the world on notice, to uproot things and replace them with the values of God.  It’s easy to just see the evil in the world – but it’s also about us, about being made whole, being completed, being sanctified.

The passage from Luke: Who’s the boss?  Not settling for the status quo.
Luke starts this chapter with a historical note.  He follows the pattern established in other First Testament writing, with a reference to the current ruler (Jeremiah 1:2; Micah 1:1; Zephaniah 1:1).  Paradoxically we see in this chapter who appears to be in charge of things, and a hint at who really is the boss.

In the middle of the status quo, when life is going along something weird happens.  The Word of God comes – but not to the famous priests, or to the capital cities of Rome and Jerusalem.  Rather God speaks to an unknown man in the wilderness, a man who isn’t part of the status quo and is outside of the norm.  He comes proclaiming a radical message of conversion, of turning one’s life around and heading in the opposite direction (that’s what convert literally means).  John is the one who reminds Christians of the need to be prepared for the Christ who comes again.  He also is a reminder that the word of God emerges in unlikely places, anticipating the work of the church as a subversive status-quo-challenging community.  The advent of the baby Jesus, not the arrival of an army of the wealth of a king, will demonstrate that real power lies elsewhere then where our world expects it to be.  John proclaims a message of good news that is challenging and disturbing.  Peace is directly related to justice.  He calls for repentance beyond the community of those gathered on that day in the desert along the river.  He calls us as well to turn and follow a different leader than the one we often settle for in our culture, economy and learned behaviors.

The passage from Luke: paths, light and the Way
Verses 4-5 are a citation of Isaiah 40:3-5, looking back to the announcing of good news to the exiles in ancient Babylon and a current announcement of good news to those living in the Roman Empire – and by extension us today.  Before a king made a journey to a distant country, the roads he would travel were improved.   John come to make the way easier.  Curiously when you’re on a good road it seems like you can see farther ahead, where you’re headed so that you can remember what the journey is all about.  As I studied these texts I’m reminded of the words of Romans 13:12 “The night is far spent, the day is at hand: let us therefore cast off the works of darkness, ad let us put on the armor of light.”

Questions for wondering and exploring:

1. What troubles you and/or encourages you in these texts?  Why? How?

2. How might God be challenging, healing and inviting us through this word to be, act and speak in our cities of Oakland, Berkeley and Piedmont today?
Posted by Monte at 12/12/2012 09:55:00 PM