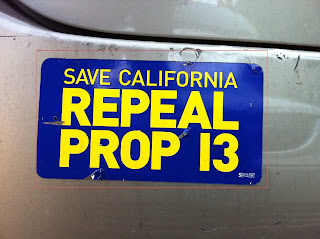 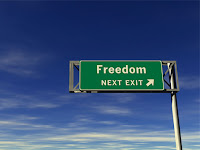 How do you decide what is right?  How can we agree on what is morally and ethically good?  Isn't it just a question of subjective point of view and our own particular context at any given moment?  Today’s passage of Mark contains the last 2 conflicts in a series of encounters between Jesus and the Pharisees begun back in 2:13.  Both stories have obvious parallels and contrasts: they deal with the Sabbath and one concerns the actions of Jesus and one his disciples.  Both stories invite deeper reflection upon the meaning, purpose and scope of the Sabbath as a spiritual practice and religious law in light of Jesus’ comment in 2:22 “No!  One pours new wine into new wineskins.”
Read more »
Posted by Monte at 10/27/2011 11:00:00 PM 1 comment:

Blogging Towards Sunday, October 23rd
Mark 2:18-22
18 Now John’s disciples and the Pharisees were fasting; and people came and said to him, ‘Why do John’s disciples and the disciples of the Pharisees take on the discipline of fasting, but yours do not?’ 19Jesus said to them, ‘When you're celebrating a wedding, you don't skimp on the cake and wine. You feast. Later you may need to pull in your belt, but not now. As long as the bride and groom are with you, you have a good time. No one throws cold water on a friendly bonfire.
20The days will come when the bridegroom is taken away from them, and then they will fast on that day.
21 ‘No one sews a piece of unshrunk cloth on an old cloak; otherwise, the patch pulls away [rips: in Greek schism] from it, the new from the old, and a worse tear is made.
22And no one puts new wine into old wineskins; otherwise, the wine will burst the skins, and the wine is lost, and so are the skins; but one puts new wine into fresh wineskins.’
Comments and Questions
Today’s selection from Mark is the third, or the center, of a 5 series structures of stories that NT scholar Joel Marcus calls “The Opposition Asserts Itself” for it presents the reaction of the religious establishment to the new word and religious event experienced in this Jesus of Nazareth.  After a chapter detailing Jesus’ explosion onto the speaking circuit of ancient Palestine, and his rapidly emerging fame, he’s challenged by the establishment, the Pharisees, Scribes, Sadducees, those that are at the top of the religious pyramid in his society. the second and third confrontation of Jesus with the Pharisees.
Read more »
Posted by Monte at 10/19/2011 03:13:00 PM No comments:

Labels: Bumper Stickers of the Week
Blogging Towards Sunday, October 16, 2011
Mark 2:13-2:17 | purity
I've been offline with some computer problems for the past few weeks, but am not back online.  In the silence I've started a new series, working my way through Mark's version of the Jesus story.  I'll post the back posts next week.  Come and participate in the sermon on this passage this coming Sunday at 10:30 at College Ave Presbyterian Church.

Today’s selection from Mark includes the second and third confrontation of Jesus with the Pharisees.  We often overlook or are unaware of the diversity that existed in the Jewish community of Jesus’ day.  Occupied by the Roman Empire, faced with the pagan influences of Greek culture and Gentile religions the Jews were forced to either withdraw from society, reinforce their faith through fundamentalistic approaches, conform and change to the expanding global environment or reinterpret their tradition for a new day.  All of these approaches were taken.  The Essenes: those who wrote the Dead Sea Scrolls withdrew to the desert to remain pure.  The Scribes were those that reinterpreted.  The Sadducees were those that conformed or collaborated. The Pharisees were those that we might call “fundamentalists” who lived out the letter of the law in all aspects.
Read more »
Posted by Monte at 10/15/2011 02:00:00 AM No comments: