I see this one a lot.

What does God want to for the world?  How is/does God accomplish it?  What does that have to do with us?  In the wake of the earthquake in Haiti we ask ourselves the questions that resound through the limitations of our humanity: who are we?  is there a God? what's the connection?

Is Food the Future?:

Alice Waters and the scope of education 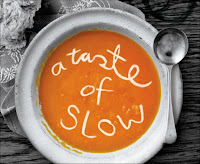 SF Gate recently ran an article about Alice Waters [The Scavenger blog], and specifically an Atlantic Magazine article [Cultivating Failure] criticizing her foray of the slow food movement into politics, specifically elementary education in America.  Is prioritizing the teaching of sustainable gardening and cooking to kids in school taking the place of the teaching of mathematics, English, science or other arts?  In a time of slash and burn education budgets is she wasting limited resources in view of teaching children an upper-class Bay Area-ite foodie culture practiced by the prius-driving latte-drinking über crust of our society?  Or is she as she would claim a sort of centurion for truth and justice fighting against the titan-like governator in Sacramento?

Marriage Equality: talking from beyond our polarization.

The definition of marriage in terms of legal rights, institutional definition, and constitutional ramifications continue to be a large topic in our ongoing dialogue about religion, church practice and what it means to be American in 2010.  This weeks' edition of Newsweek contains an article that is quickly making the rounds on Facebook and becoming a topic of great conversation.  "The Conservative Case for Gay Marriage" [includes a video] by Theodore B. Olson.  What makes the article so interesting is the fact that the author writes from a perspective that would seemingly be associated with an opposite viewpoint: a Republican actively working for Marriage Equality. 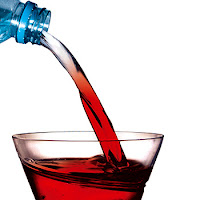 Water into wine: is that a big deal?  It almost doesn't seem to be when you read the gospel text for this coming Sunday.  No one draws attention to the sign or miracle - that Jesus performs at the wedding he is attending with his friends and family in Cana.  It's only when the wine is tasted that the miracle is revealed. It seems like there are two conclusions to the story: the first in verse 10 - a remark that the best wine was surprisingly served last (post-Jesus-intervention) and then a second one in verse 11 - by the narrator telling the story, informing us that the real miracle was that the disciples put their faith in Jesus and believed.  So what is the miracle: the water into wine, or the 5 disciples present moving from followers to believers?

I read this fantastically surprising article about racism in Glee on colorlines.com:  [Is Glee off Key on Race?] talking about how liberals often get it so wrong, possessing and re-iterating the same basic racist perspectives underneath what they claim to be race-neutral.  While I'm a fan of the show, and laugh hardest with Sue does her uncomfortably inappropriate hyper-racist ranting, you do have to wonder if and how the show does belittle the minority characters and their travails - how it all might contribute to furthering the very stereotypes that it's - supposedly - seeking to deconstruct.  Or maybe it's all just about good fun and the either naive or bleeding-heart-optimistic hope that we all can "make it."  What's tragic, in terms of our society, when you stop and really think is that many of the charaters won't "make it" - yet the quarterback and pregnant chastity-queen cheerleader most likely will.  Granted - reality television - is anything but what the names implies.  Who wants to watch the reality we live on tv for entertainment.  Yet at what point does entertainment we take in to escape life, become a force that shapes the life we live the next day?

Tolerance and faith sharing in a pluralist society:
is it possible?

I awoke today wot some interesting news about Brit Hume, an ex-FOX news anchor sharing publicly some religious advice to Tiger Woods, encouraging to embrace Christianity and to let go of his bouhddist background.  Here's a news clip of the moment:

Can you say such things?  Can you say them publicly?  Is Hume being intolerant, belittling one faith to proselytize with his own?  To what point can we go in terms of talking about faith and positively encouraging it?  What is the line between sharing your faith and hope in a personal context and proselytizing in a superioristic way?  Is it merely the religious (fundamentally the Christian one) perspective that is intolerant? and/or can you argue that a secularist perspective can become fundamentalist, extremist and intolerant as well?  Where do you, where can you draw the lines in a pluralist society that seeks not to control but to value its diversity and the parts that make up the whole?
[Washington Post article by Michael Gerson].

Labels: Faith in a postmodern world 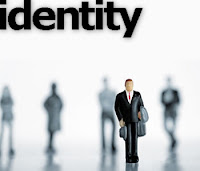 Who are we and how do we define ourselves?  In a sense that's the question that I hear this passage about the baptism of Jesus and the conclusion of John the Baptizer's ministry ask.  In a world in which we're most often defined by our job, our wealth (or lack of), our passport, or our education.  In a world in which our identity can be stolen from our mailbox or our credit card, Christianity offers a different path.  We are because we're in relationship.

Labels: Blogging Towards Sunday
Bumper Sticker of the Week

OK, this isn't a bumper sticker.  But is just too funny to not use. 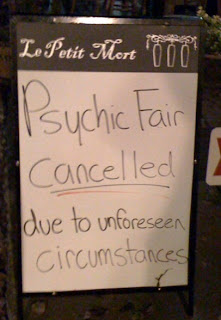 Oakland in the News as a Marijuana Mecca

I caught up on some www news cruising today and ran across a video - supposedly one of the bests of original films of 2009 - on newsweek.com talking about and fearturing Oakland as a "marijuana mecca" and a, if not the, primary model that other cities are looking towards in America.  Interesting view, with lots of local celebrities, if you haven't seen it or are even just vaguely interested.  Granted it's dated October...but I'm slowly catching up on Oaktown news.